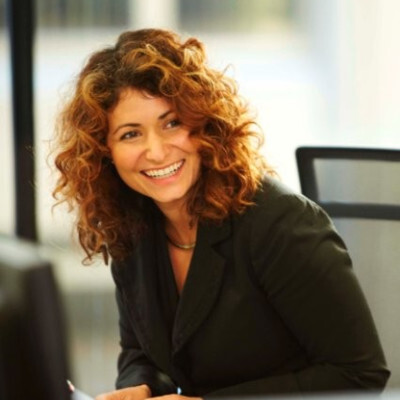 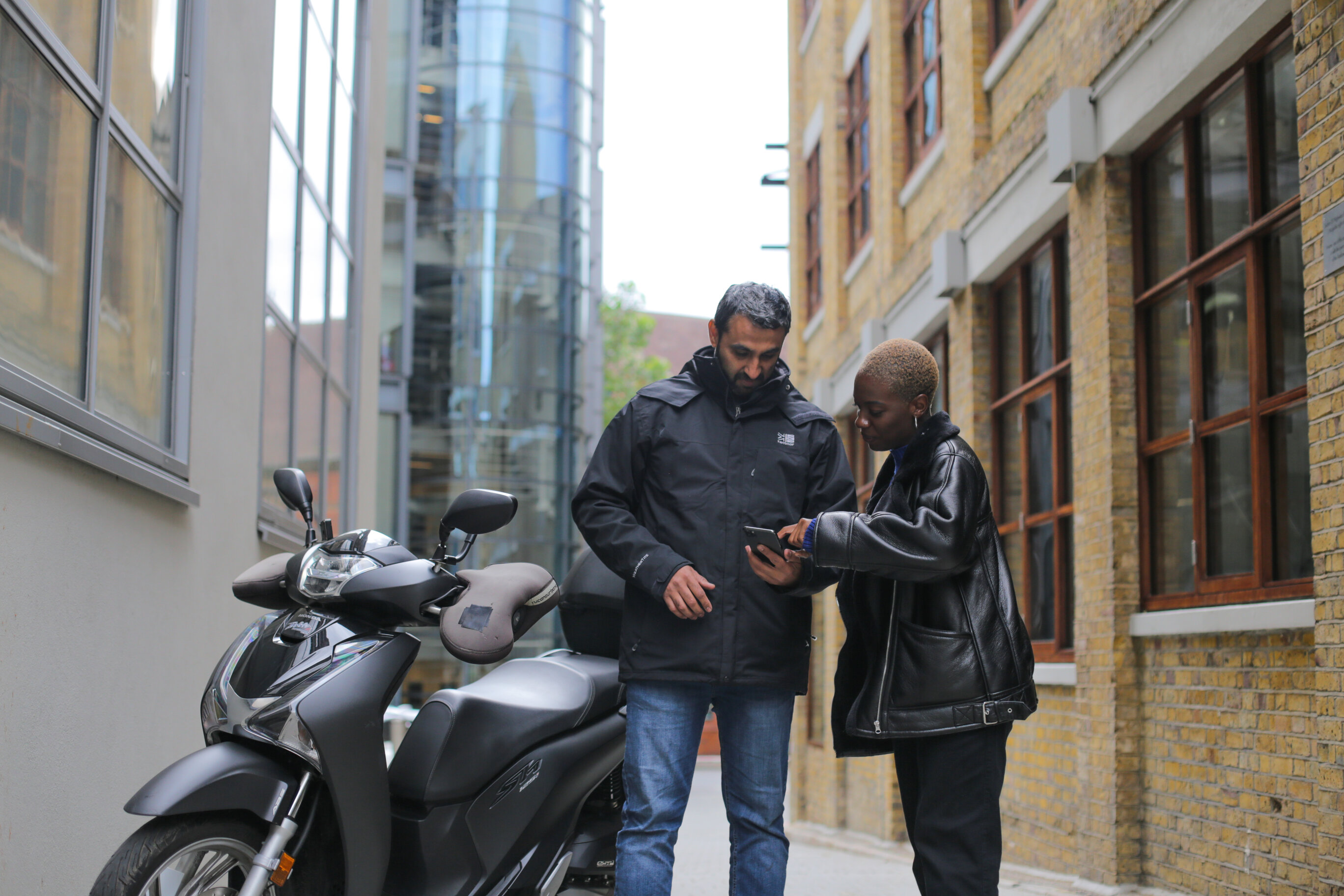 Collective Benefits recently took part in a webinar with Fountain and Sterling, which saw our own Kimberly Hurd, Chief Revenue Officer at Collective Benefits, chat with Ashley Decloquement-Davis, Regional Director of Gig & On-Demand Sales (EMEA) at Sterling, Anne Peire, Group Director of International Sales at Fountain, and Katelyn Brower, Social Media Manager at Sterling, about how to attract and retain a happy gig worker community. Here are the key takeaways.

On-demand workers have woken up to the fact that they’re entitled to flexibility, autonomy and fair treatment. And businesses are realising that worker satisfaction is intrinsically linked to the success of their organisations. Gone are the days where only the ‘traditional’ employer was expected to care about worker wellbeing. (Can we even call them ‘traditional’ anymore? Take note: flexible workers will make up more and more of the whole workforce  in the next few years). Today, it’s just as crucial for on-demand businesses to consider worker satisfaction and wellbeing as it is for employers to offer competitive salary packages.

So, what does this look like for businesses in the platform economy in real terms? How can they cultivate an environment that attracts workers and which – crucially – gets them to stick around in the face of fierce competition?

During the webinar, Anne highlights that many organisations try to actively distance themselves from the gig economy but that, ironically, all companies should be taking inspiration from the innovation and tech-fuelled growth of the sector.

In the same vein, platform economy businesses should really be looking to reflect the security and benefits offered by employers in other sectors, as workers (rightly) seek out the best of both worlds: flexibility and workplace wellbeing.

This shift in the wants and needs of flexible workers couldn’t be clearer when you look at the results of recent studies, which Kimberly highlights throughout the session:

She explains that the world is waking up to a change in the needs of flexible workers, and describes how feedback from workers who’ve received these benefits is overwhelmingly positive. What’s perhaps most insightful is that they’re often genuinely surprised that they’ve been listened to. This is a clear signpost that, if platforms aren’t already listening to their workers in order to better understand their needs, they’re missing a trick when it comes to staying competitive.

Realise that effective communication is everything – from application onwards

It’s time to rethink communication. From the channels we use to how we convey information, platforms cannot stay trapped in outdated modes of communication if they want to attract and retain good workers.

“Communication is the core of everything [...] We’ve run industry research and about 70% of workers who actually have insurance available to them do not know that they’re insured, and about 50% don’t know how to claim, even though they’ve had a claimable incident.”

That’s a pretty significant discrepancy if we’re talking about offering benefits to workers as a means to retain them (and we know it does retain them).

Kimberly sums up: “[This isn’t just] a waste of money for companies who are paying for the insurance but for the individuals who deeply need it.”

Anne picks up the topic of communication in relation to converting platform applicants:

“When we talk about communication, we are actually talking about engagement. It’s all about engaging with applicants. If you don’t engage straight away when they start the application process, there’s a good chance you’re going to miss out on this one [...] Why? Because if they don’t know if you received the application, or if you’re processing it; if you don’t tell them quickly enough – they will just take another role [...] You need to keep them aware of how they are tracking and performing [...] If you don’t keep them fully engaged throughout the hiring process, you’re going to struggle.”

The solution? Keeping up regular, clear communication throughout applications, with both progress updates and handy reminders for things like document uploads and identity checks, and then maintaining that communication once they’re working for you. It's all about staying in the forefront of the worker’s mind, and not leaving them wondering. Otherwise you risk their heads getting turned by another platform.

Using technology and automation to streamline the hiring process and improve general worker experience is key. And it doesn’t have to mean making things less personal. Anne describes how the concept of automation could do with a bit of a rebrand – that we need to move away from the misconceived notion that it translates directly to things becoming less human. Because, in reality, it just frees up humans’ time to put even more effort into the things that count. For example, it enables recruiters to speed up certain parts of the application process, so they can focus on honing their communication style, and making sure applicants are engaged until an offer is given.

Ashley talks about the power of embracing effective technology in the application process:

She goes on to describe how things like being able to integrate with partners’ software is key because it enables applicants to flow easily through a process without facing barriers. Ashley summarises:

“If we can build a programme that makes life easy for everyone involved [...] I think that’s the cornerstone of being successful for everyone.”

Streamlined, easy-to-use technology is also essential when it comes to benefits and retention. If users are put off using their benefits because of clunky, poorly thought-out tech, those benefits are essentially useless to the worker, and a dead weight for the platform.

Kimberly talks about how Collective Benefits has rebuilt the claims process, using technology to make it more intuitive and accessible. Things like taking out all unnecessary information, implementing electronic signatures, and adding a feature that lets users take photos of evidence have all helped make this possible.

Getting worker applications through the door is one thing. Getting conversions is a whole other ball game. According to Anne, one of the biggest barriers to conversion is speed – or the lack of it, to be more precise:

“Employers need to speed up the hiring process. And unless automation is [driving] this speed, there’s no way they can achieve that. If you offer a position to someone in less than seven days, you increase your hiring rate by 80% [...] The quicker you are to extend an offer, the more chance you give yourself to attract and to hire people.”

“I think the time of just thinking about the gig economy as task-based work is something that’s old. The modern version of this [...] is that every industry is impacted by flexible work [...] So, what has traditionally been the employer model of thinking about building your worker brand or your employer brand, is now very much the case for platforms that are powered by flexible work. They have to think about building the best experience for their workers – from a mobile app to onboarding to how they’re looking after their workers in order to be competitive.”

On a similar note, Anne describes an experiment carried out by one of Fountain’s clients, which highlights the power of giving workers recognition.

The experiment was pretty simple – one group of workers was sent an email containing a round-up of their five-star ratings and the total earnings they’d made to date, alongside a cash reward for their hard work. This resulted in nineteen times more deliveries from the recipients of the email. Another group of workers was sent the same cash reward but without a summary of their ratings or money earned. They didn’t experience a boost in deliveries. The results speak for themselves.

“So [the idea of] recognition, being part of a group, feeling that they are not just a number but that [the platforms] are actually looking at what they are doing, and they are rewarding them as well – and treating them like human beings – that was a big takeaway for me,” says Anne.

Ultimately, attracting and retaining a thriving community of gig workers comes down to a few simple principles: listening, caring, communicating – and embracing truly intuitive technology to make workers’ lives as easy as possible. On that note, we think Ashley’s closing thoughts sum things up pretty well:

“If we just treat everyone like human beings, everyone’s going to have a much nicer time.”

If you want to learn more about retaining happy gig worker communities, click here for our Head of Social Impact Mark's take on the topic. 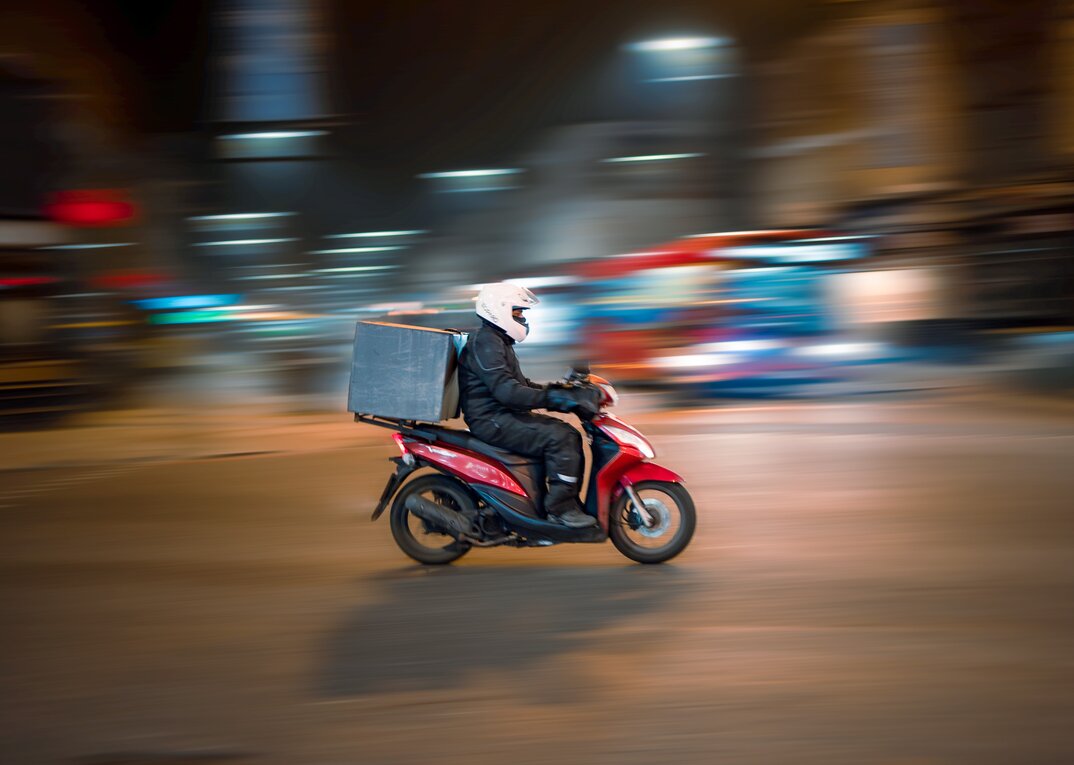 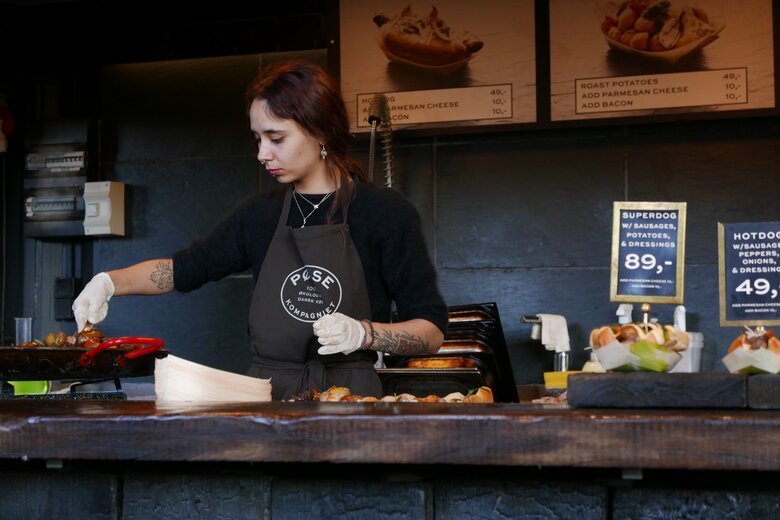 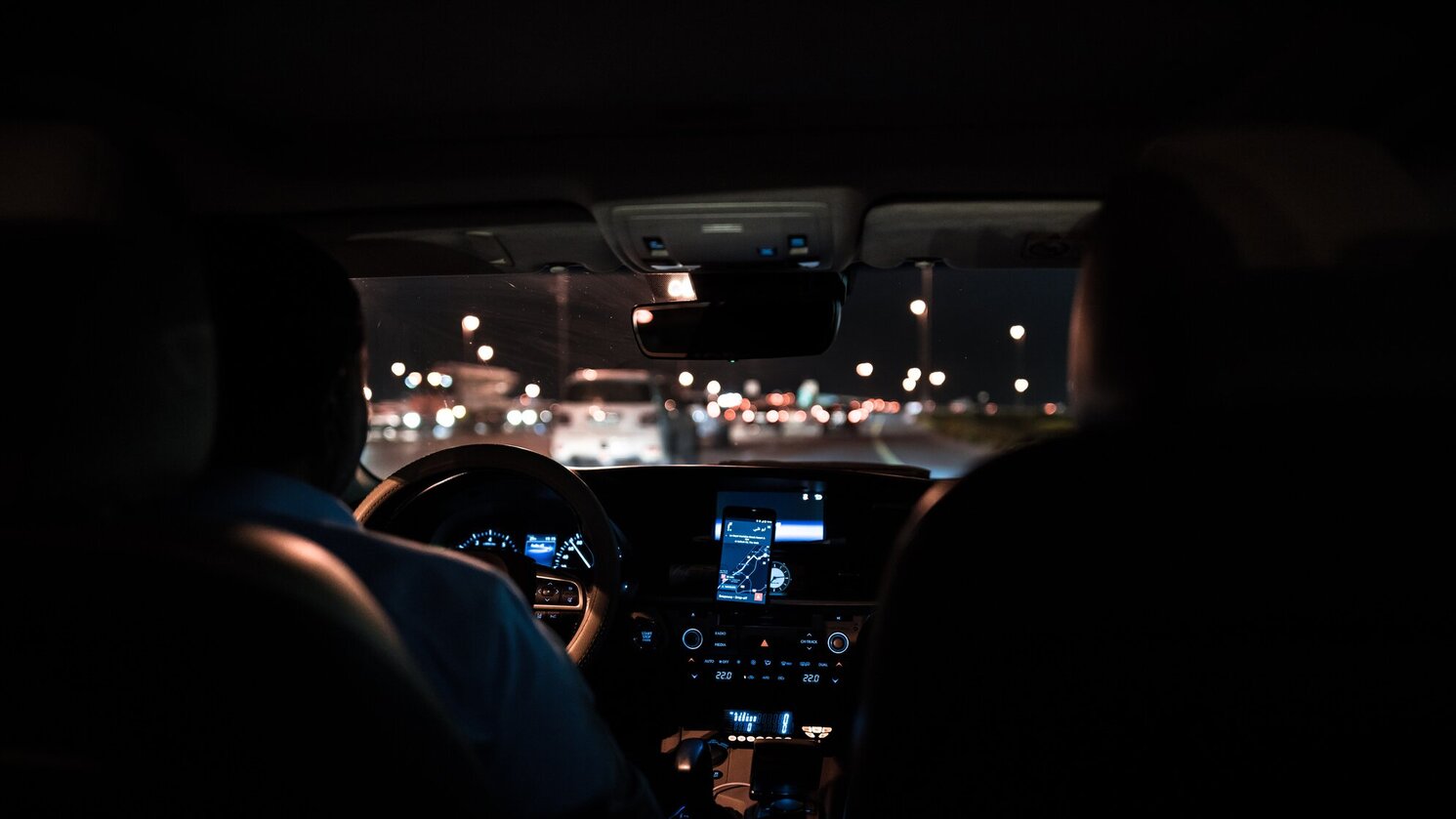 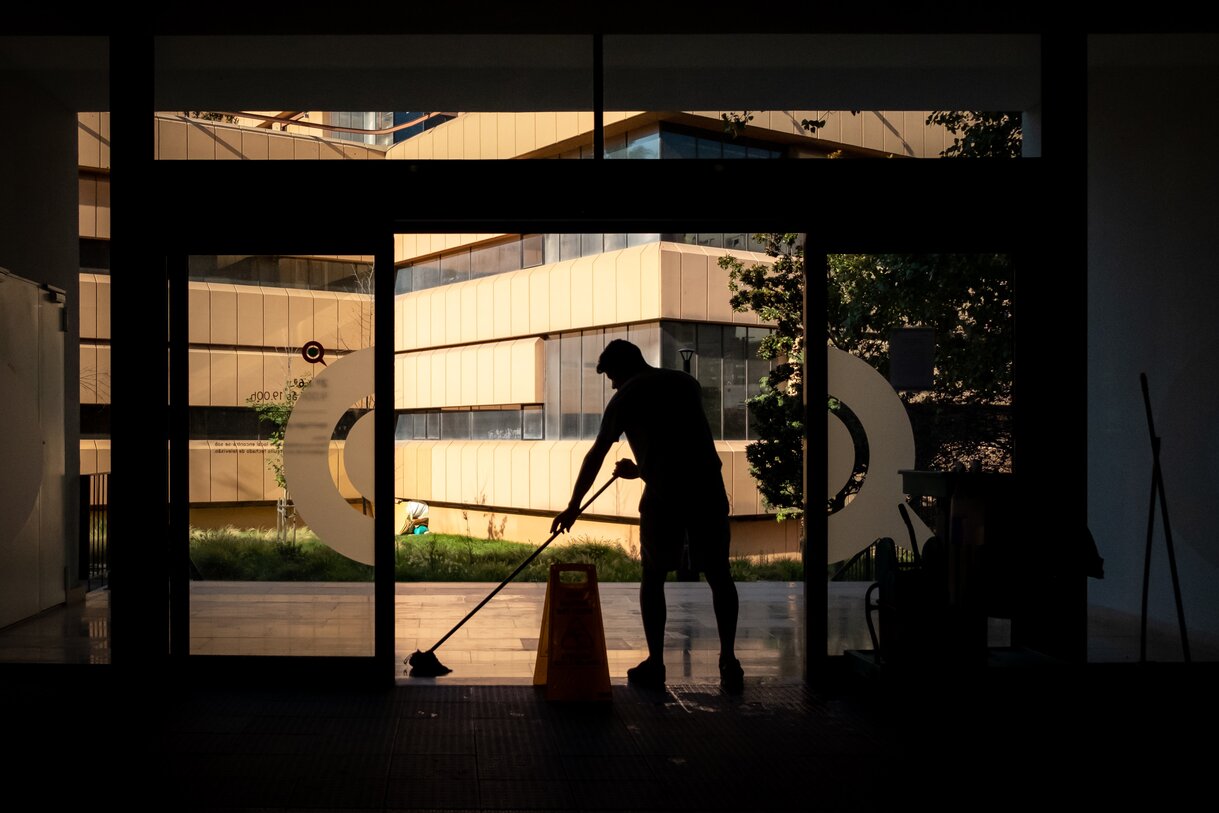